Chameleons evening of song and drama

Saturday 22 February, a small group of us went to What's Your Drama? This delightful evening of comedy clips was staged by the Chameleons Amateur Dramatic Society in St Erconwald’s Church Hall in Preston Road.
We had clips of lots of well-known plays – Oscar Wilde, Willy Russell, Arthur Miller – as well as songs sung by the delightful Fat Pack trio. All the drama was fully staged, with props and costumes, and the Fat Pack sang old favourites during scene changes. Everyone knew their lines and the clips moved quickly, including sketches written by Chameleon members. Probably the most successful sketch was A Perfect Nonsense featuring Jeeves and Wooster.
Tickets were just £7.00, making this evening of drama and song an absolute bargain, including programmes and crisps, with beautiful cabaret-style staging. Even the bar was well organised and good value – though sadly no free drinks.
We look forward to the next Chameleons Show, Vicar of Dibley, Friday-Sunday 19-21 June 2020, also at St Erconwald’s Church Hall. Make a note in your diary! 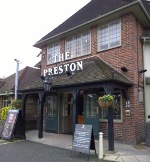 Amazingly, Brent u3a has been around since 1994.

To celebrate our 25th anniversary, we threw a tea party at the Preston Pub in North Wembley. Despite torrential downpours all afternoon, nearly 40 members came along and enjoyed home-made sandwiches, delicious cakes, tea and coffee.

It was good that several of the original founding fathers and mothers were able to join us – still members after 25 years. Thanks, Rina, Donald and Celia for all your hard work over the years. Special thanks must go to Celia, who still runs our clothes-making groups – two of them - and is our treasurer.


Aboard the the Waverley Paddle Steamer 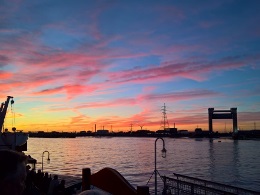 We had a fantastic Thames cruise on paddle steam Waverley at the end of September 2018. Built in 1946, the Waverley is the world’s last sea-going paddle steamer.
In brilliant sunshine, we sailed from Tower Pier as Tower bridge opened for us. After passing Greenwich and Woolwich, most of us disembarked at Gravesend for an excellent lunch in a riverside pub, watching the boats sail by and hoping for a glimpse of Ben the beluga whale.
Some of us sailed on to Southend and then to the Thames Forts, with an evening return to Tower Pier.
This was Brent u3a’s third cruise on the Waverly and, as ever, this was a fantastic day out.
Photo above (© SM), On-deck with a sunset over Barking Creek.


Cruising the Thames to Gravesend and beyond 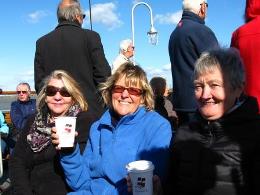 In 2017 we had a wonderful cruise down the Thames on the Waverley, the world’s last sea-going paddle steamer. Beautifully restored with twin red, white and black funnels, timber decks, varnish and brass.

Sailing through Tower Bridge as it opened specially for Waverley, we had a commentary as we cruised in sunshine to Greenwich and the Thames Barrier. We visited the cafe-bars and restaurant and saw the steam engines as they powered the paddles that took Waverley along the River Thames.

Some of us got off at Gravesend for lunch in a fabulous riverside pub. 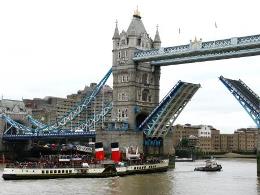 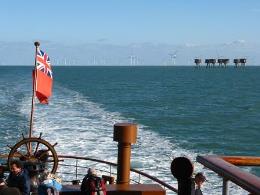 We had a lovely bring-and-share picnic in the beautiful Barham Park walled garden, Sunday 18th June. This was part of a nationwide celebration of the life of Jo Cox, a highly respected working Member of Parliament, who was murdered on 16th June last year. It was two picnics in one, with a tea party in Barham Park Community Library. It was the hottest day of the year and there were get-togethers all over the borough, so many thanks to everyone who turned out and braved the heat to enjoy a cucumber sandwich! Thanks especially to Val, Celia and team for producing a lovely surprise tea in Barham Park Library. Much appreciated!
Barham Park, Harrow Road, Sudbury, HA0 2HB Open website in a new tab or window.

In 2016, Celia's tour visited this modern court and learnt a lot about the legal process. 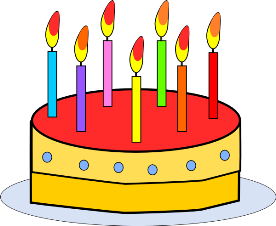 A 21st birthday always deserves a good celebration and so we decided to push the boat out and enjoyed a delightful tea party on 21st September 2015 – when else?

Donald cleverly got a grant for us from U3A HQ and this meant we were able to treat ourselves to tea and Portuguese cakes at the Portuguese Café in Dollis Hill. This was organised by Cathy, conveniently placed by the Jubilee Line station for easy access.

Heavy rain failed to put a damper on the proceedings. Nearly 50 members came along, as well as guests of honour: Councillor Lesley Jones, Mayor of Brent, Councillor Mohammed Butt, Leader of Brent Council, and Melvyn Leach, former head of Brent Adult Education. Melvyn had helped set up Brent U3A back in 1994. Founder members Rina Rosselson and Celia Stern, both of whom still run Brent U3A groups, cut the cake. New people came along to meet Brent U3A and find out what was on offer.

Celia's 2015 tour of the Opera House included the front and back stage and a lovely lunch in a nearby hotel. 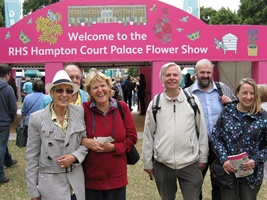 Our visit in July 2014 was organised by Cathy, with good weather and a speedy train ride from Waterloo.

An early refreshment break at the Hampton Court tea-room was a good start for our visit to this enormous site.

The exhibits extended along the appropriately named Long Water in Home Park and covered the nearby Golf course.

There were crowds at the Show but the queue for the train home afterwards wasn't too long! 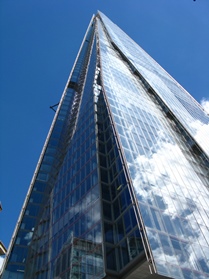 A large group enjoyed bright sunshine for Celia’s tour of the Shard in June 2014.

The Shard is London’s latest must-do attraction – a tower 1000 tall with stunning views over London and beyond, photo right (© SM).

We were especially lucky, as it had rained overnight, clearing away all the dust and giving us views as far as the Downs and Richmond.